In the search for the best PHP framework: Laravel vs Symfony 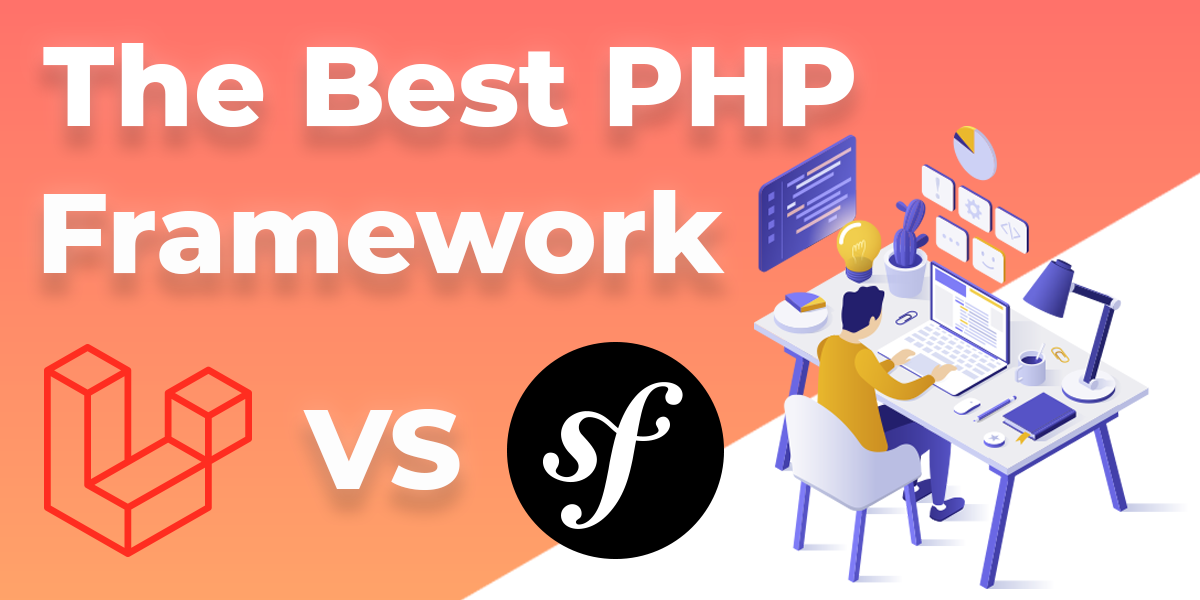 Starting a new PHP development project is always challenging, especially when deciding on the PHP Framework you will use. Despite sounding easy at first glance, choosing the proper framework is crucial for your project and how fast you can finish it.

A PHP framework is a platform for building PHP applications whose primary goal is to cut short your delivery time, help you with coding, implement a layer of security, and integrate basic standard functionalities effortlessly. To achieve that, a PHP framework consists of vast libraries with codes that can be implemented, and the developer won’t need to write already established codes from scratch.

Why do you need a PHP framework?

PHP coding is not an easy task, and while you can do it all on your own, it will take a lot more time. Furthermore, you can and probably will make a small typo or another coding mistake, affecting your whole code. You won’t worry about errors using a PHP framework since the code was tested and verified before adding it to the used libraries. Furthermore, it will save you time and energy since, without it, you will still have to write the same code that’s already been provided.

As the world’s most popular programming language, with 45.4% (in 2021) of people using it, PHP has a wide variety of frameworks to choose from. Having said that, it’s not hard to test many of them until you discover that only a few are the real deal. Among them, Laravel and Symfony are, without a doubt, the best ones. So today, we will compare these head to head!

Symfony is an open-source, free-to-use PHP web development application framework, which was first introduced in late 2005. The platform gained some popularity, but what really made it a hit was the release of the 2.0 version in 2011. Over 32,000 websites use Symfony as their foundation. The framework was used to build some notable governmental websites in France, including the Cultural ministry’s web portal. Furthermore, the Interpol website was also created using this framework.

Symfony has one major advantage over other frameworks – you can use any Symfony component outside the framework, and it will still do a tremendous job. This makes work with Symfony much more beneficial, and you can also use it in other projects.

Just like with Symfony, what truly made Laravel a PHP framework superstar is version 4.0, which was introduced in 2013. This modification was a complete rewrite of the framework, which decoupled the functionalities into separate components. These components are then managed with Composer.

What really makes Laravel a top PHP framework is the syntax’s simplicity, which is extremely easy to learn, write, read and maintain. Over 387,000 websites use Laravel, among which are Weebly, Epik, Snapwidget, and others. Most users are in the US, but the framework is used worldwide. A huge recognition came in 2016 when Laravel was announced as the most popular framework of the year.

There are many similarities between the two frameworks, but what really counts are the differences. Let’s review these!

As far as the installation procedure goes, both Symfony and Laravel are fairly straightforward. However, you will need to install a dependency manager beforehand, and since both frameworks work with Composer, we’d suggest using it. 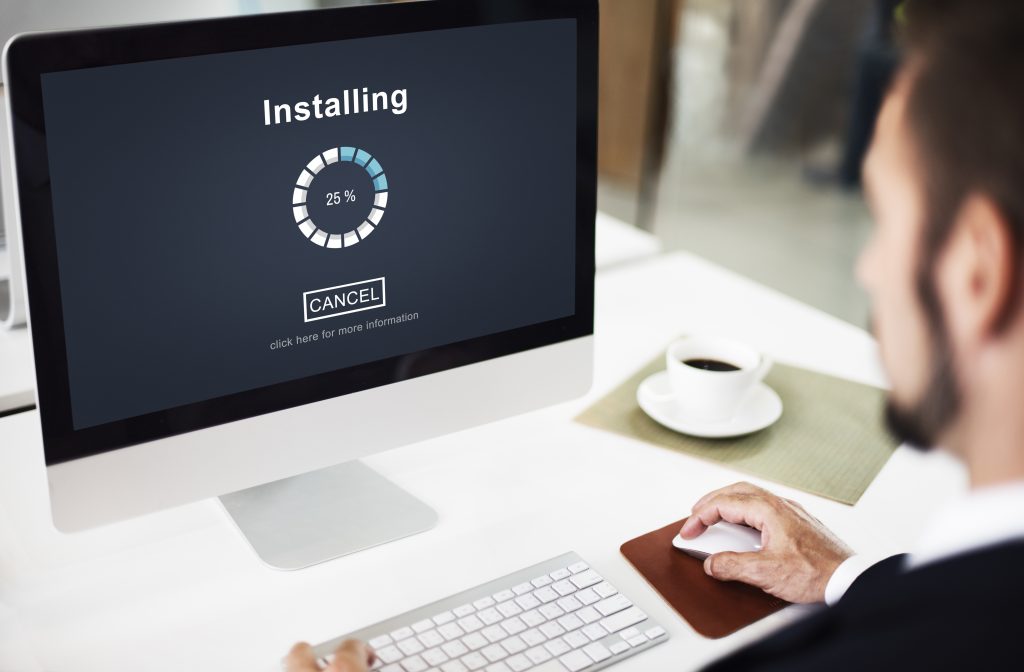 Symfony offers an alternative installation method via installing a new binary in your system. This will give you several advantages and nifty commands, which can help you greatly, especially when there is a missing dependency.

Laravel also allows for different installation methods, but there aren’t any advantages to that. In fact, sticking to the default composer method is your best option.

Winner: Symfony – Although both are pretty straightforward, Symfony’s additional advantages can’t be overlooked.

When it comes to configuration, Laravel is much easier to use. The framework uses the default PHP syntax. It has .env files as a base, and the application configuration is saved as .php file. Laravel separates the basic and the special configurations, making the use more organized and easy.

Symphony’s configuration is entirely different and much more complicated at first glance. This framework separates the environment configuration and the bundle configuration. The former is stored as .env, where the essential information is held. The latter uses YAML files predominantly. They determine how the website will behave in any environment.

Winner: Laravel – Symfony’s configuration is much more complex. Although it allows you to create different files for different environments, the complexity of the YAML syntax and the need to learn it altogether makes the familiar PHP syntax of Laravel the better choice.

There are no significant differences between Symfony’s Twig and Laravel’s Blade templating engines. The latter is typically considered to be easier to use, but syntax aside, there are no major differences in functionality, and both have fans.

Both allow the usage of “for” loops and “if” statements, work fast, and generate their templates into PHP codes. Most importantly, they are great at preventing XSS attacks due to escaping output by default.

There are some minor differences, though. Symfony’s Twig allows users to filter, while with Laravel’s Blade, you can directly add PHP code to your templates. Furthermore, Blade makes functionality extensions simpler.

Winner: Tie – While many consider Laravel’s engine to be more user-friendly, the differences between Twig and Blade are way too small to claim that either one is better.

The coding style is another difference between the two frameworks. Symphony is entirely based on coupled classes created by dependency injections. This makes the entire process of long-term maintenance and testing a whole lot easier. 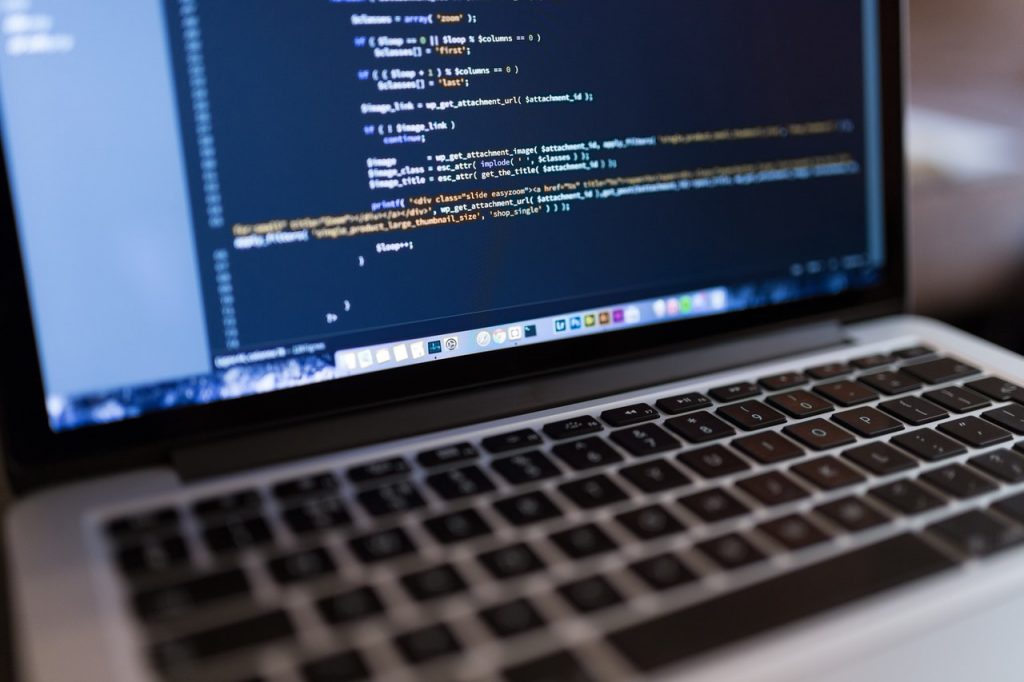 Laravel, on the other hand, automatically scans for dependencies and resolves them automatically, making the dependency configuration redundant. Naturally, this means that the whole process is a lot easier, which is turning into a theme for Laravel’s use. However, while Laravel is, without a doubt, easier to use in this case, it may result in some issues with maintenance and testing in the long run.

Winner: Symfony – The long-term solution is always better than the easier short-term one.

The object-relational mapping (ORM) feature is essential for both frameworks, and while they have some differences, their main objective remains the same.

Symfony integrates a third-party ORM – Doctrine, while Laravel uses its product, Eloquent, to interact with its database. Doctrine entities can be used outside a specific scenario, which gives them greater flexibility. It implements DataMapper patterns, which know nothing about the database, but they can use the data itself. The information about all interactions between the models and the database is stored in a separate layer called Entity manager. Thus this manager does all the operations. One of the most significant advantages of this ORM is the database operation optimization abilities because the processes are queueing rather than running simultaneously.

Laravel’s Eloquent, on the other hand, implements the ActiveRecord pattern, where all models are aware of the database and work directly with it. It allows the ORM to update, create and delete a record. Furthermore, Eloquent is much more PHP developer-friendly and can be learned much quicker.

Winner: Symfony – While Eloquent is the easier option, Doctrine has more valuable features and helps the database processes to be better organized and run smoother.

Security is essential in all PHP frameworks, and both Symfony and Laravel are among the top choices in this regard. Symfony has one genuinely robust security system, but it’s a bit complicated to set it up. On the other hand, it’s pretty sophisticated, with several authentication methods and a well-designed permission model. 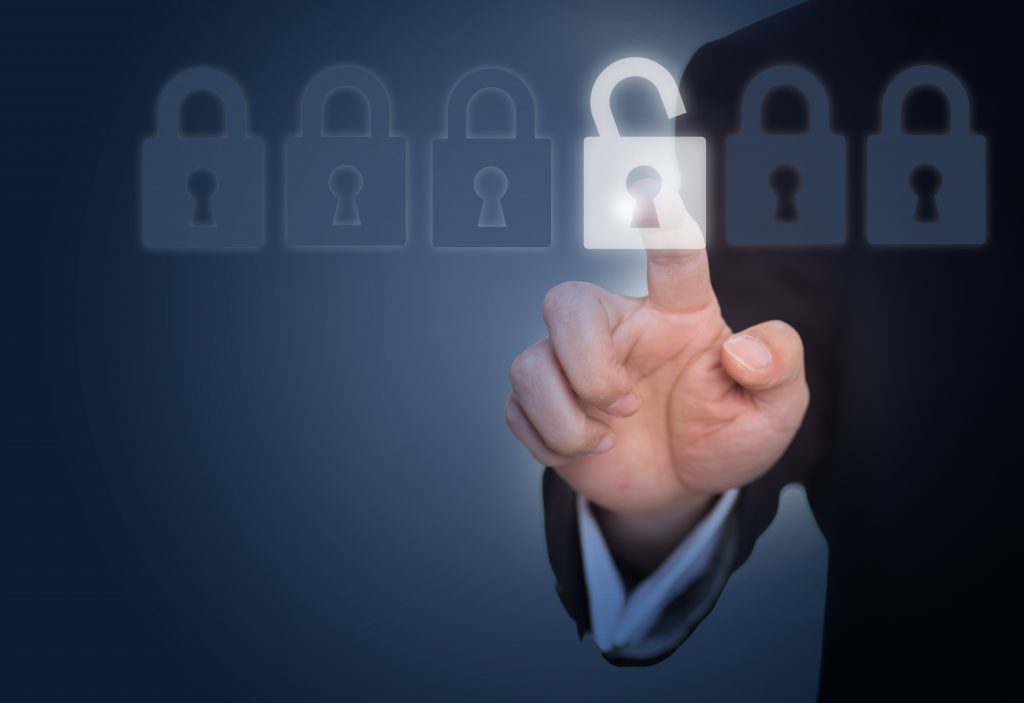 Laravel’s security is less complicated and lacks many of Symphony’s features. However, for most projects, Laravel’s basic protection is quite enough, and the easy set-up makes it a preferred security model for many.

Winner: Symfony – despite being the more complicated option, Symfony’s solution has better features and is more tightly secured. This being said, Laravel’s protection is by no means weak, but it simply can’t hold a candle against Symfony.

The lifecycle is probably the single most important thing when choosing the right framework for your project. This is the process of converting a request into a response and is essential for your project.

Laravel has an entirely different way of converting requests into responses. Middleware, as the method is called, is once again a much easier solution with some limitations. A request has to go through different stages or layers, if you will, on its way to the controller. These layers are basically the equivalent of Event Listeners in Symfony and are responsible for the security and other features. Once the controller gives the response, it has to go through the same layers. Naturally, if you want to add new features, you need to create a new middleware.

Winner: Laravel – as with almost everything else, Laravel has a more straightforward approach, making the whole process far less complicated.

Which one is better?

Picking up a winner is not an easy task. Both frameworks are extremely good and have their strengths and weaknesses.

Symfony is better if you’re building a complex application for a huge company, as it’s easily scalable, effortlessly maintained, and comprehensively structured. This framework is perfect if you are searching for a long-term solution, as it has a predictable release schedule for the next few years. Thus surprises are highly unlikely.

Laravel, on the other hand, is a gateway framework, as it’s easy to learn and has a far simpler syntax than Symfony. Furthermore, there are tons of learning materials online. This makes Laravel developers easier to find, which is perfect for start-ups or small companies with lower budgets.

Our pick leans toward Syomfny due to its versatility, scalability, and overall adoption level by the development community. But no matter which one is right for you, your business and your website would need excellent hosting service. Here at HostArmada, we offer precisely that. So give us a call, and let’s help you choose the best hosting for your needs.

Martin is a content writer, copywriter, and blogger with vast experience in journalism and digital marketing. He has hundreds of articles on topics ranging from SEO, digital marketing, web content, and brand marketing. With his unique ability to convey complex issues and technical topics in a relatable and understandable language, Martin is determined to give our readers an inside look, professional tips, and useful advice on all aspects of the Web Hosting Service.